Republican In Name Only (RINO) is a pejorative term used by conservative members of the United States Republican Party to describe Republicans whose political views or actions counter or compromise constitutional conservative leadership. In short, they do not and will not represent their constituencies best interests.

Below is a view list of the Arizona RINOtag awardees. Here’s a downloadable PDF version. To keep abreast of changes, an evergreen list is also available via the buttons at the bottom of this article.

You can help! Make sure major intersections in your area educate voters who the RINOs are. Contact us for signs.

We place RINOtag signs in adherence to legislative requirements.

Join us in positioning RINOtag signs near approved candidates and measures that do not serve Arizona Republican’s constitutional conservative leadership. Can’t put up signs? Donate! A $5 per sign donation covers printing costs. 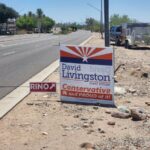 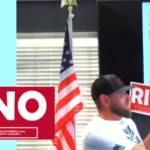 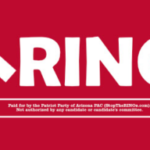